Roman Iberian City of Cástulo.
This huge area of ​​land, now with just a small percentage of ruins discovered, was once one of the most important cities in the area.
Currently, the main attraction of the Roman Iberian City of Cástulo this city is the Mosaic of the Amores, a huge work of art discovered in the summer of 2012 with a size of 10.30 × 5.40 meters whose beauty will not leave anyone indifferent . 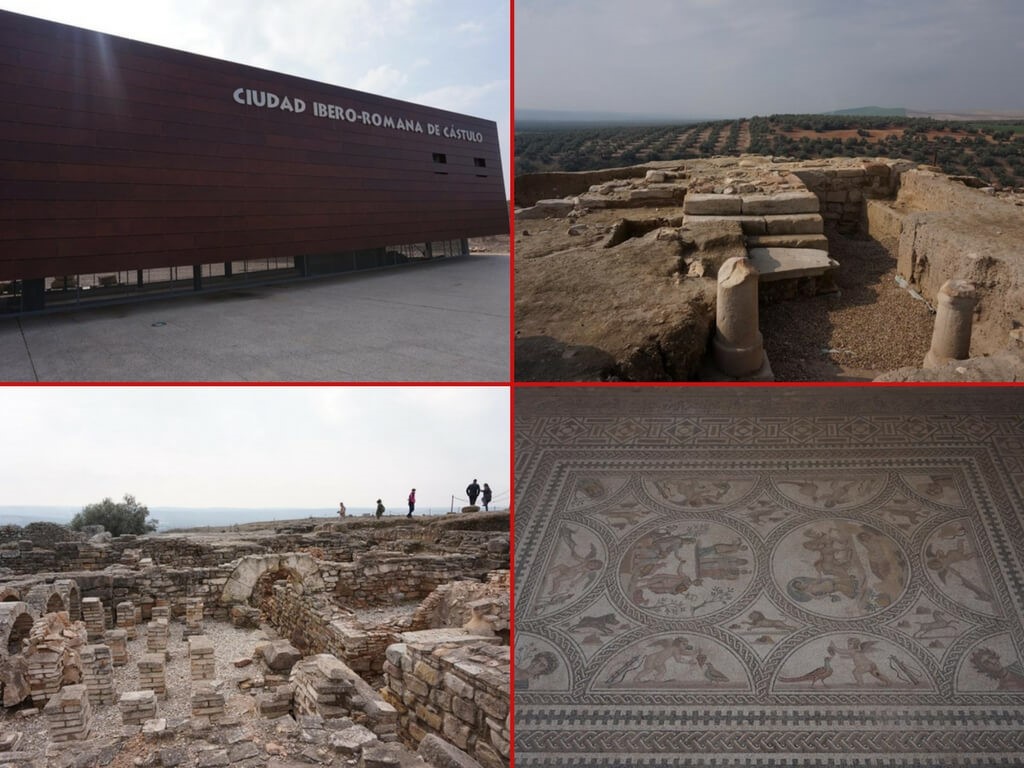 Spanish Civil War punished the city of Jaén, like the rest of Spain. Terror invaded the city and for this purpose, anti-aircraft shelters were built like the one I visited.
I was surprised by its state of conservation. Throughout its tunnels, there are framed pictures and documents that reflect the situation experienced in a ‘black’ period of the country. 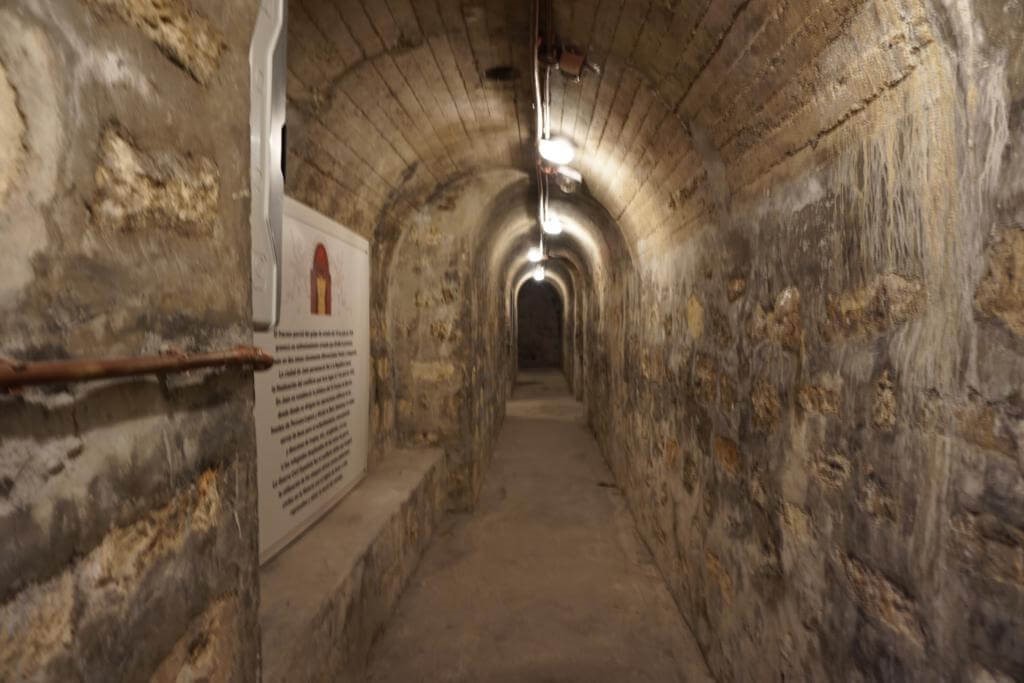 Architectural tourism in Jaén.
Jaén has its own castle of great beauty, but we also find a multitude of castles throughout the province, one of the most beautiful being the Baños de la Encina.
Jaén Castle.
In the upper part of the city we find this beautiful castle, known as Castillo de Santa Catalina, due to the location on the hill of the same name. The current fortress dates from 1246, the time of King Ferdinand III. 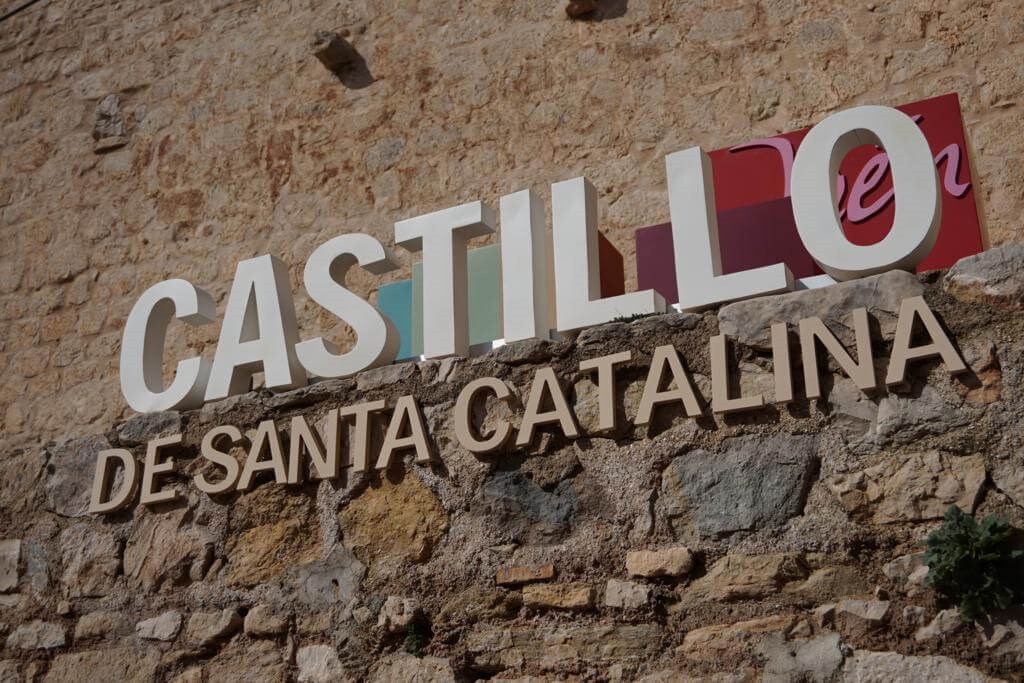 In the area of ​​the castle, is the Mirador de la Cruz from where we can contemplate the whole city and its beautiful Cathedral. Indicate that ‘attached’ to the castle, is the National Parador, whose building dates from the 60s. 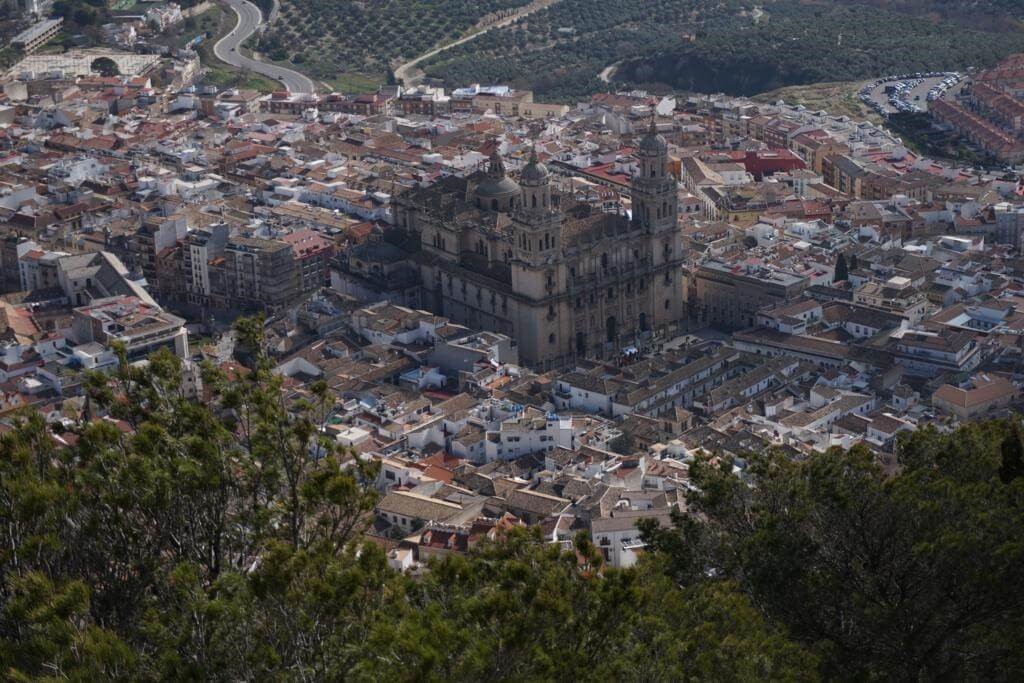 One of the most beautiful I’ve seen in my travels in Spain (and there have been many). It stands in the Plaza de Santa María with a huge size, and it will cost you to capture it completely from the front.
Its exterior and interior beauty is incredible. The symmetry of its plant, with 70 meters of frontal width and 100 meters lateral and its two towers make it surprise the visitor. Decorate this facade sculptures of the 9 saints: Saint Augustine, Saint Gregory the Great, Saint Matthew, Saint John, Saint Ferdinand, Saint Luke, Saint Mark, Saint Ambrose and Saint Jerome. 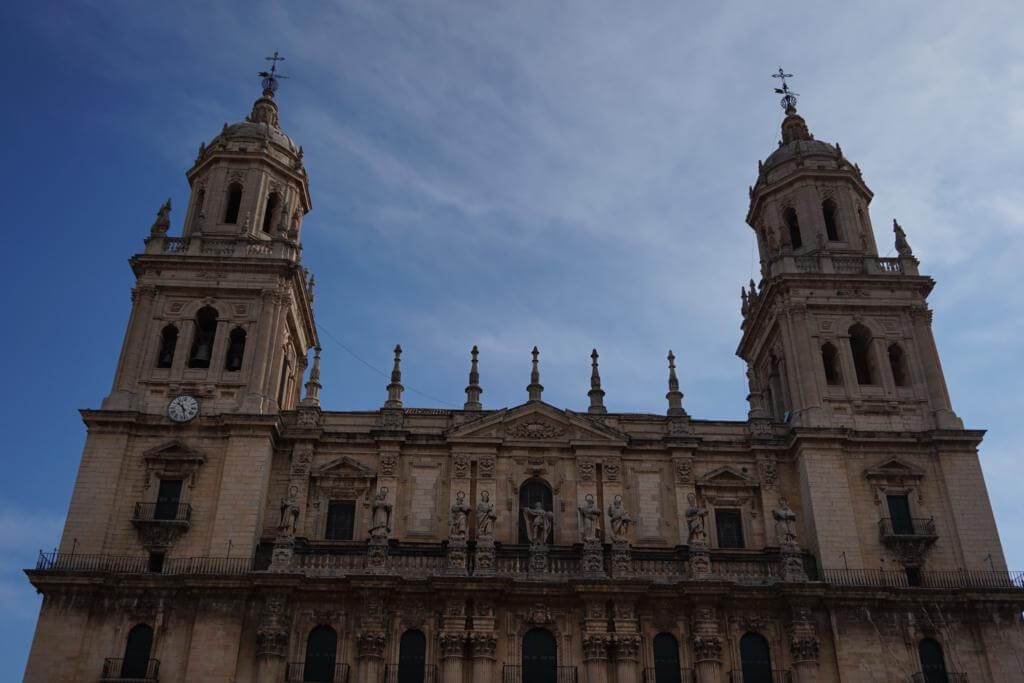 Its interior is also very beautiful and mixes multiple styles: Renaissance, Baroque, Churrigueresque and Neoclassical. Special mention to its dome, which I loved, as well as the decoration of its main altar. Indicate that we can enjoy the Cathedral of Jaén from above as we climb some stairs, we access some galleries located on the chapels. We will also see part of the city. 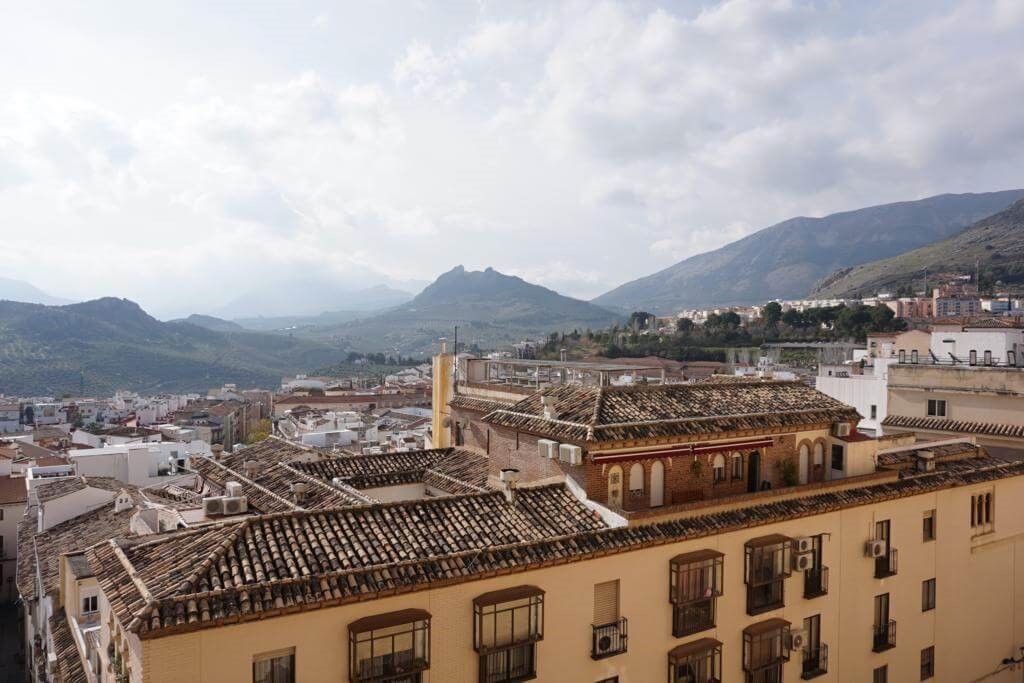 Arab Baths of Jaén.
They are located in the Plaza Santa Luisa de Marillac in a beautiful building, the Villardompardo Palace. The state of conservation is fabulous, only comparable to the Arab baths of Girona. 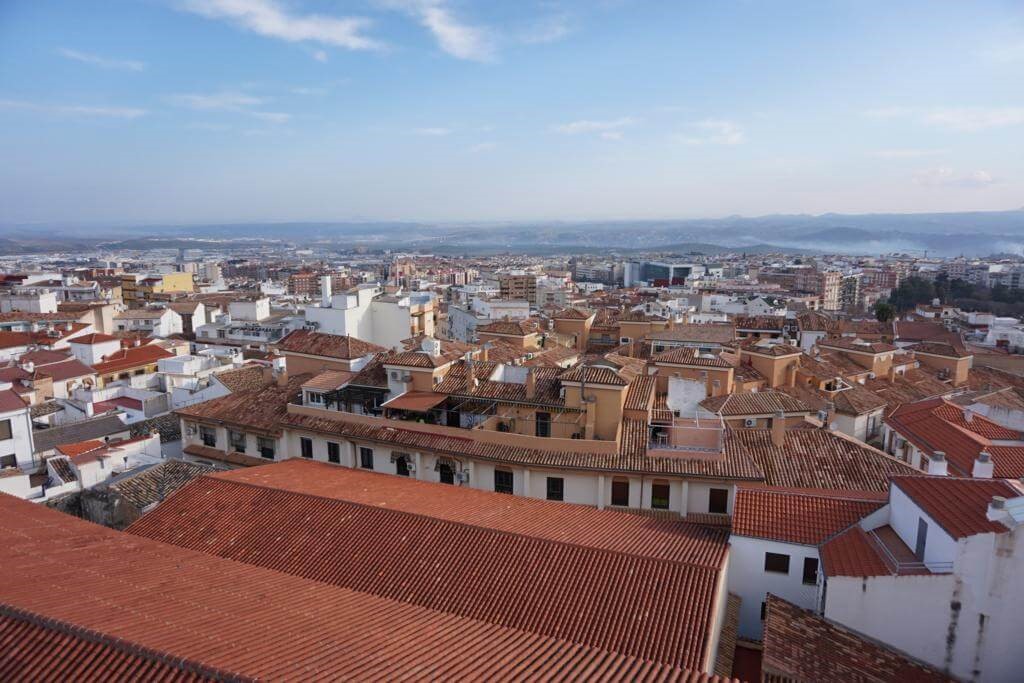 Throughout the visit to the bathrooms, we will cross 4 different rooms: lobby, cold room, warm room and hot room. Also, indicate that from your terrace we can get stunning views of the city. 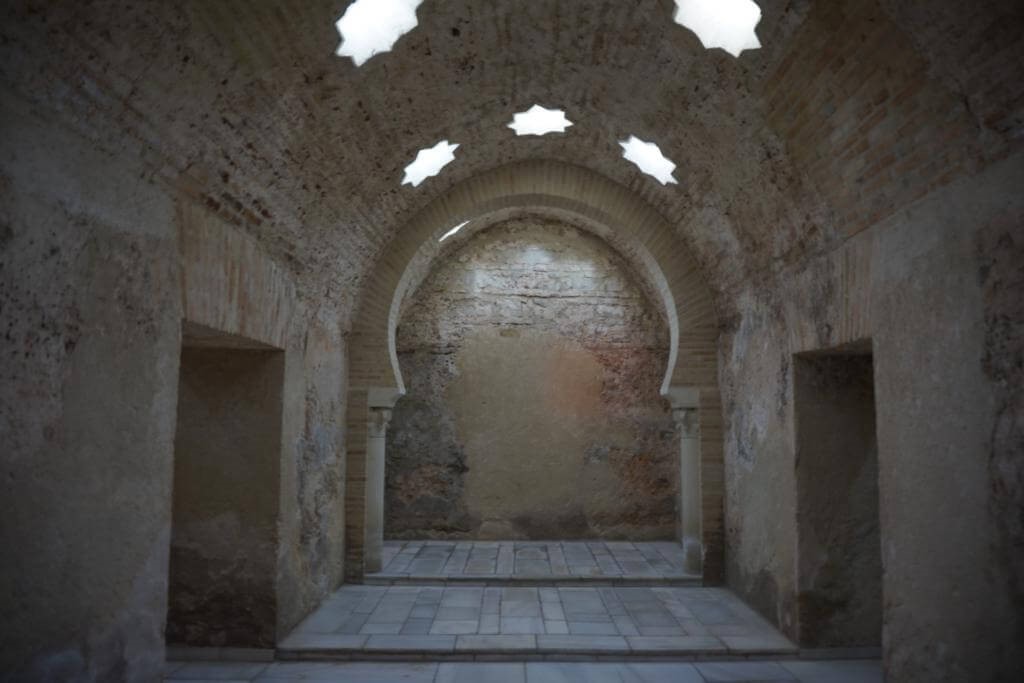 Castle of Baños de la Encina.
In the town of the same name, is this architectural work, also known as Burgalimar Castle, a name that comes from the Arabic Bury al-Hamma, ‘Castle of the Baths.’ The fortress of the 10th century, surrounded by 15 towers imposes the visitor for its beauty and conservation status. 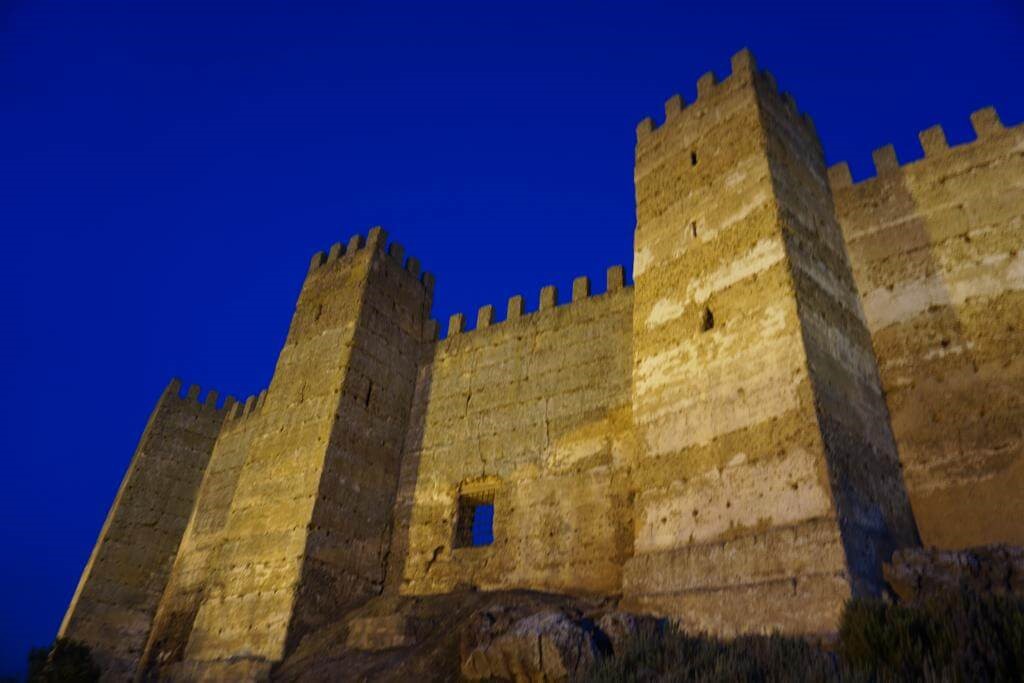